Whenever anything remotely significant happens, someone will be there to collect, catalogue, and hawk everything even tangentially related to it. Cruise around auction sites for half an hour and you can find cigarette butts smoked by Elvis, hairs stolen from Marilyn Monroe’s brush, and tissues some actor once blew their nose in.

Despite this collector’s impulse though, we’ve still managed to lose some pretty big things. Things so culturally important the tag “priceless” is almost an undervaluation. Things like . . . 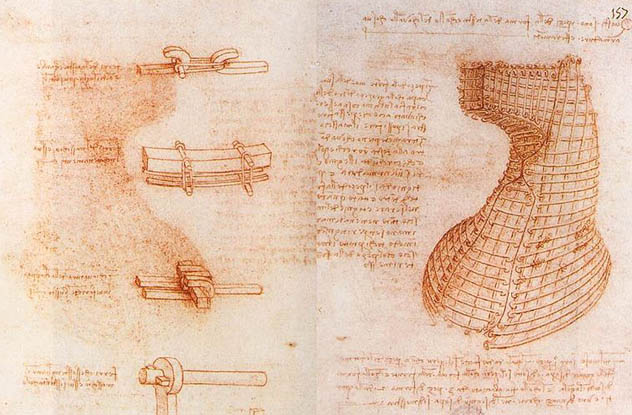 If we held a competition for “greatest genius in human history,” there’s a fair chance Leonardo da Vinci would win it. Besides drawing the most famous painting in existence, he also found time for inventions like scuba-diving gear and the helicopter. Most of his greatest work is contained in his manuscript books, where he sketched out concepts for cars, hang-gliders, and the practice of geology . . . and about 80 percent of those books are lost forever.

On his death, the bulk of da Vinci’s books passed on to his pupil, Francesco Melzi. Unfortunately for history, when Melzi died in 1570, his possessions were ransacked and most of the da Vinci texts were stolen. Only one-fifth are known to survive. Considering the gems we’ve uncovered in these fragments, it’s impossible to imagine what world-changing ideas might be in the rest. As to their worth: In 2001, a single hurried sketch by da Vinci sold in Britain for £8 million. 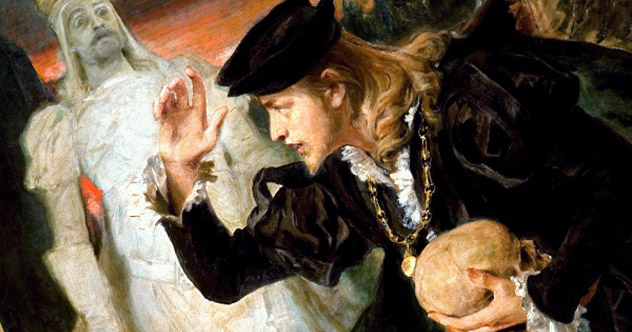 You’ve heard of Hamlet. Possibly the most famous play by Shakespeare, it’s the pinnacle of English storytelling, a text school kids will still be studying 500 years from now. It’s also a rip-off of an earlier play by Thomas Kyd known as the Ur-Hamlet, a piece of unimaginably important writing we just happen to have lost forever.

In 1589, fellow-playwright Thomas Nashe wrote a scathing attack on Hamlet, dismissing it as terrible. The trouble is, Shakespeare’s Hamlet wouldn’t be performed for at least another decade—meaning someone else beat him to it. Generally, that someone is thought to be Thomas Kyd, another playwright, one about whom we know almost nothing except that he was incredibly influential.

The Ur-Hamlet was likely his most influential play of all. Finding it would allow us to see how much Shakespeare copied or incorporated into his own version. At the very least, it would show us how history’s greatest playwright developed his greatest story. But all we have are references. No copy is thought to exist and no further evidence will likely ever be found.

8 The Ending Of The Bayeux Tapestry 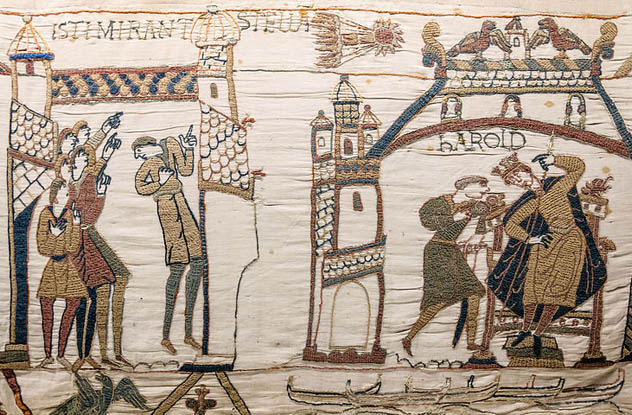 The Bayeux Tapestry is a medieval work of art depicting the Norman Conquest of England. The 70 meter (230 ft) length of cloth is the most widely recognized tapestry in the entire world. It covers the life of the last English king before William the Conqueror’s invasion, depicts Halley’s Comet, contains possibly the first recorded picture of a kebab . . . oh, and its final section is missing, now presumed gone forever.

Little is known about this removed section, except that it was probably around 3 meters (10 ft) long and depicted the crowning of William the Conqueror. Who removed it? And why? We’ve got no idea. All we know is that it was in the finished 1092 version and disappeared sometime before the 16th century. Restoring it would mean restoring one of the most influential artworks the world has ever known. 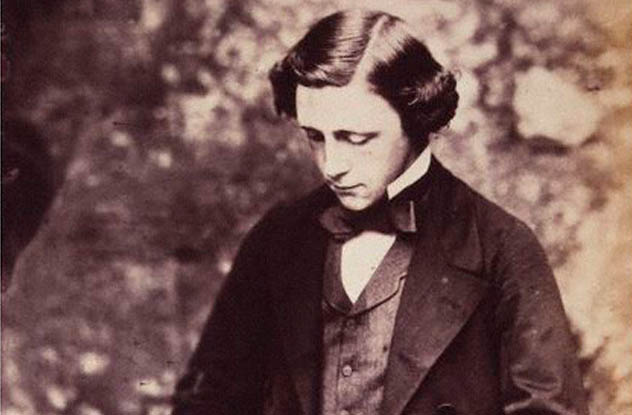 The author of Alice’s Adventures in Wonderland was obsessed with diary-keeping. According to the Lewis Carroll Society, he kept a continuous record of his life from the age of 10, right up till a month before his death. Each entry is thorough and illuminating, and together, the entries are vital to understanding aspects of his work. The only trouble is that at least a third of them are missing.

Some of the missing parts cover the most important moments in Carroll’s life. Chief among them is his relationship with Alice Liddell, the 8-year-old inspiration for Wonderland’s Alice. It’s long been rumored that the adult Carroll may have harbored romantic desires for Alice, and a sudden bust-up with her parents in June 1863 points towards this possibility. Sadly, the diary from this period is missing, the pages destroyed by a descendent of Carroll’s. If found, they could likely either save or annihilate his reputation—as well as just letting us into the strange mind of one of the Victorian era’s greatest writers. 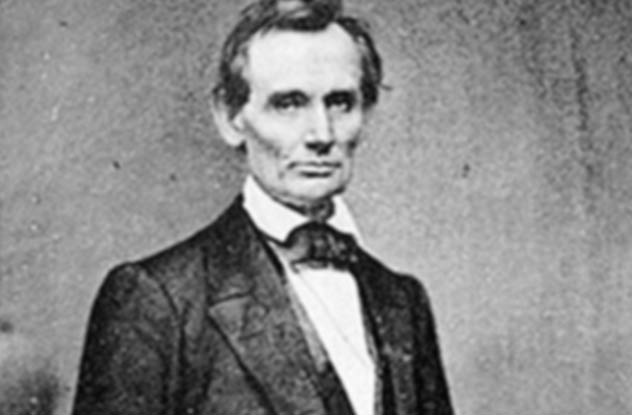 On May 29, 1856, in a small building in Bloomington, Illinois, Abraham Lincoln took to the stage and delivered a 90-minute firebrand address. This speech established the Illinois Republican Party. It propelled Lincoln into the limelight. It set the course for Civil War, Reconstruction, and the creation of modern America. And no copy of it is known to exist.

We roughly know what the speech was about. We also have the odd chunk that someone at the meeting jotted down. But a full, accurate copy of what was really said that night? Nonexistent. Like an early radio announcer, Lincoln simply spoke a collection of heartfelt words that then vanished into the ether.

The speech, which contained some pretty hardnosed views on slavery, may have been deliberately censored by Lincoln to ward off accusations of extremism. Whatever the reason, it remains possibly Lincoln’s greatest speech and the only one you’ll never have to study. 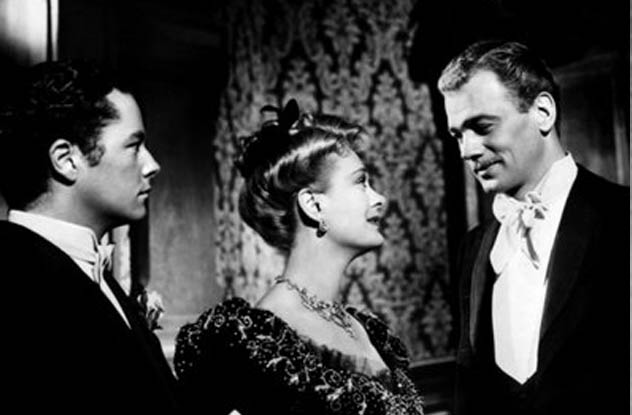 In 1942, director Orson Welles was just coming off the back of a little picture known as Citizen Kane. Looking for a new project, he turned his attention to a prize-winning but nearly forgotten novel called The Magnificent Ambersons. He promptly produced a masterpiece that modern critics have called better than Kane. And these critics say this without even seeing the full film—the studio destroyed nearly a third of it.

Since Kane was actually a box office failure, the RKO bosses decided Welles didn’t know how to direct a picture. So when he presented them with his moving, 132-minute elegy to the America of his youth, they got the knives out and hacked the film to shreds. While Welles was shooting footage for another picture in South America, over 40 minutes were removed from Ambersons and quietly dumped at sea.

The destroyed footage included most of the second half, along with the original ending. Although the entire first half and a new ending still exist, the picture that could have been the greatest movie ever made is gone.

4 The Second Half Of Dead Souls 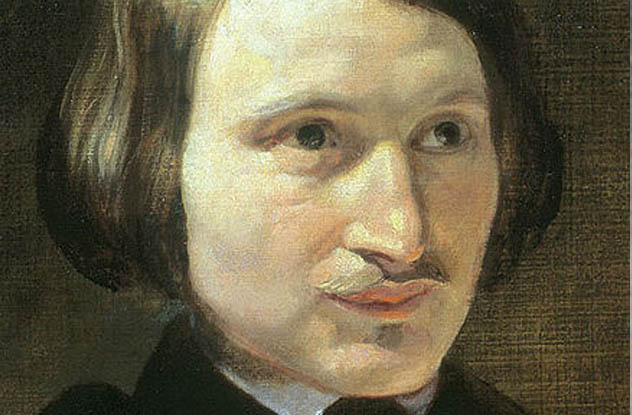 Just as Ambersons should have been the great American movie, Dead Souls should have been the great Russian novel. Written by Nikolai Gogol, it followed a con-man buying up the souls of dead peasants in the hopes of becoming rich. Gogol claimed the planned trilogy would be a masterpiece in which “all Russia will appear.” Unfortunately he only ever published the first part. Part three was never written, and part two was written and then burnt in a fit of religious madness.

Towards the end of his life, Gogol met a spiritual adviser known as Father Matthew. Shocked at the impropriety in Gogol’s novels, Father Matthew convinced him to burn Dead Souls for the good of his own soul. Immediately after destroying his life’s work, Gogol apparently realized what he’d done, fell into a deep depression, refused to eat, and swiftly died.

Today, only early drafts of some chapters survive, leaving nothing of the grand, unifying vision Gogol had planned for his masterpiece.

3 The ‘From Hell’ Letter 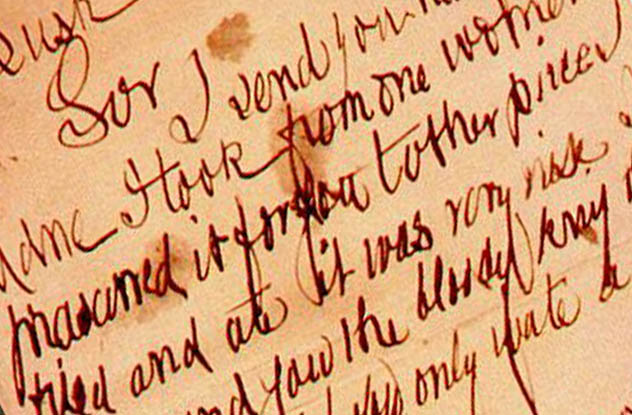 The From Hell Letter is a badly-spelled note that Jack the Ripper may have sent to London police in 1888. Arriving in a box that also contained half a human kidney, it’s considered to possibly be the only authentic communication from history’s most notorious serial killer. And at some point, the police managed to lose both it and the kidney it came with.

The implications of this loss are huge. For one thing, modern techniques would have allowed us to confirm whether the kidney came from one of Jack’s victims. If it did, we could authenticate the letter itself. Secondly, it’s always possible some trace may have been left on the paper, potentially allowing us to finally solve the Whitechapel murders. Instead, this vital clue was likely either stolen or thrown away, leaving us as stumped as the Victorians were. 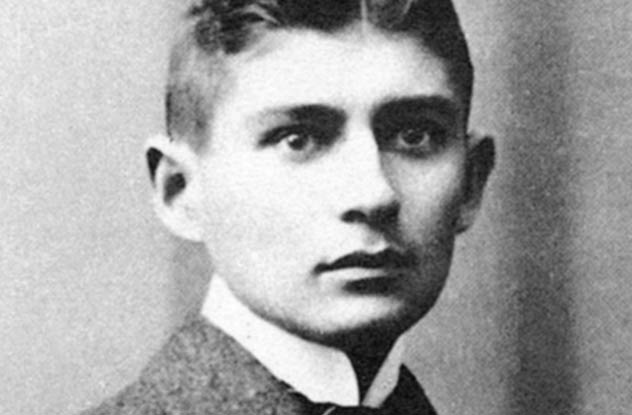 Franz Kafka may well have been the most important writer of the 20th century. A lonely Czech Jew who wrote about human alienation in the face of big, complex bureaucracies, Kafka produced work that might be the most studied in the world. Modern scholars consider every single line he wrote to be so valuable they’ve even published collections of his work memos. Yet we’re still missing some of Kafka’s most important correspondence: 35 love letters he exchanged with Dora Diamant just before he died.

In 1933, nine years after Kafka died, Diamant was living in Berlin and still had the correspondence. Unfortunately, Berlin in 1933 was not a good place to be Jewish. One evening, the newly-empowered Nazi party ransacked her house, removing or destroying everything inside. Diamant was forced to flee the city, leaving the letters behind. It’s now thought they were almost certainly destroyed by the Nazis, although some think they were held until the late 80s in a Soviet archive following World War II. Either way, they’re gone now.

1 The First Work Of Western Literature 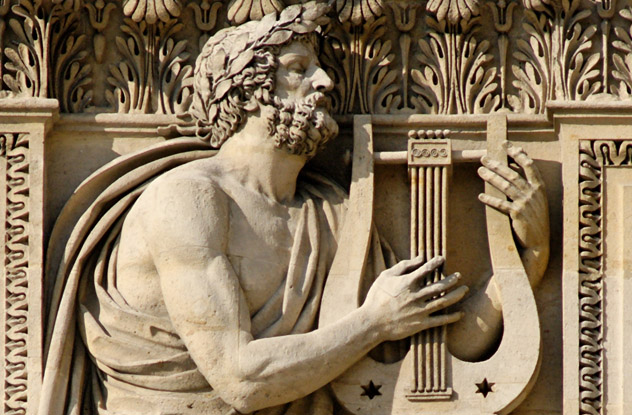 If you’re going to lose something, you might as well lose something big. That’s the logic our species has seemingly applied to the Margites, an ancient comic epic written by the Greek poet Homer.

According to several ancient sources, Homer wrote the Margites before the more famous (and surviving) Iliad and Odyssey. It was also apparently very good, with Aristotle claiming in his On the Art of Poetry that it basically invented Greek comedy. And since the Iliad is now routinely called the “first great book” and the first work of Western literature, that means the honor should instead have gone to the missing Margites.

In other words, finding this lost comedy wouldn’t just give us a new book by one of history’s greatest authors. It would involve resetting the entire Western canon to start with it. In their rundown of missing books, the Smithsonian called it the greatest work “you’ll never have a chance to read,” a fitting epitaph for Western literature’s very first item.

Morris is a freelance writer and newly-qualified teacher, still naively hoping to make a difference in his students” lives. You can send your helpful and less-than-helpful comments to his email, or visit some of the other websites that inexplicably hire him.