10 Toys That Did More For the US Than Most People

Patriotism in modern America means slapping a support the troops ribbon on the bumper of your car and beating Call of Duty on the veteran difficulty setting, but it hasn’t always been this easy. In fact, there was a time when America expected so much that even the toys needed to contribute. Here are a few of the most notable ones that rose to the occasion when America needed them most. 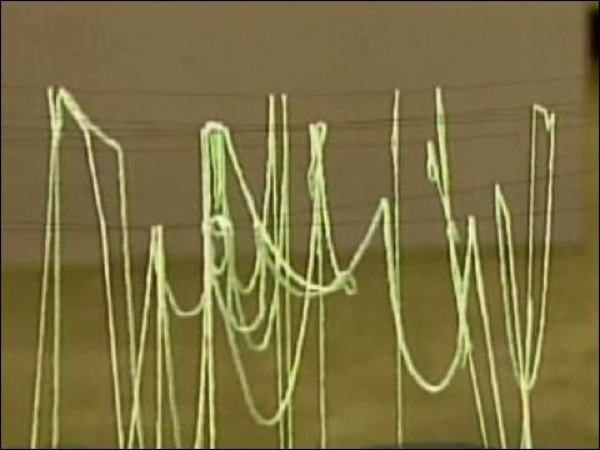 Leonard A. Fish and Robert P. Cox teamed up in 1972 to create an aerosol spray-on cast for broken limbs. They failed miserably. What they ended up with was a substance they patented as a “foamable resinous composition,” and after months of apprehension, Wham-O decided to distribute it.

Fast forward to 2006: stationed in Iraq, Spc. Todd Shriver and the rest of his unit were devoid of any practical way to clear buildings of trip wires that trigger IEDs, so they were forced to improvise. Silly String could be sprayed from more than ten feet away and was lightweight enough to remain suspended by the tripwires without detonating the explosive. Today, more than 120,000 cans of silly string have been shipped to Marines on the front lines. 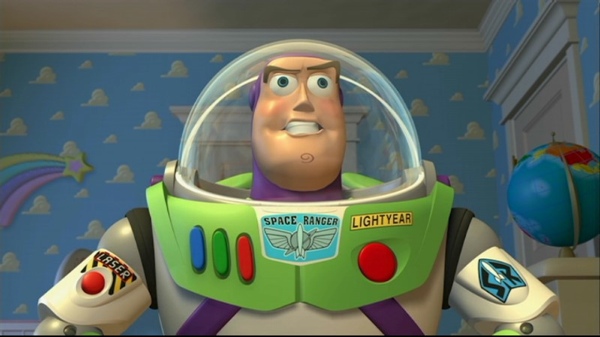 In 1995, Pixar released Toy Story, a movie about a laid-off disgruntled space ranger with a cleft chin and a messianic complex. Much to the dismay of the bare feet of countless American parents, Thinkway Toys began production of the Buzz Lightyear action figure in 1996. It was a massive success, and to this day more than thirty-five million Buzz Lightyear dolls have been sold.

In 2008, NASA sent one particularly lucky Buzz Lightyear doll aboard the space shuttle discovery where he worked— for fifteen months—with their education outreach program and helped conduct weightlessness experiments. In addition, his catchphrase “To infinity, and beyond!” sparked excitement in the philosophical world, to the point that The American Humanist Association published an article linking his actions throughout the movie as an allegory of American Humanism. One thing is for sure, he limited a ton of human suffering by giving Tim Allen enough money to turn down Wild Hogs 2. 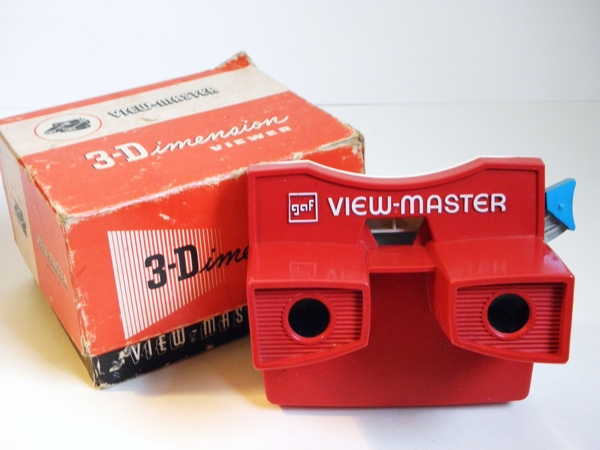 Wilhelm Gruber was vacationing in 1939 when he met the president of a picture postcard and film developing company, Harold Graves. There aren’t too many businesses more doomed for failure in the 21st century than a shop dedicated to postcards and film developing. It’s a good thing they were geniuses and patented the View-master, an invention designed as an alternative to a postcard that made use of obsolete pieces of equipment called stereoscopes.

When it debuted at the New York World’s Fair in 1939, it was mostly sold in stationary stores and gift shops portraying landmarks like the Grand Canyon. However, in 1942 the U.S. military, deeply rooted in WWII, saw the potential for View-masters to be used to train soldiers. The military purchased more than 100,000 View-masters with millions of reels of film custom outfitted with pictures to aid in spotting artillery and aircraft. Nowadays, they are highly sought after by collectors and ex-soldiers seeking that warm nostalgic feeling of air raid sirens and widespread death. 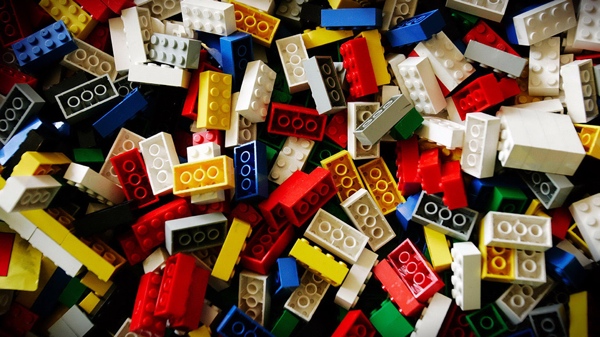 Playboy chief executive Ole Kirk Christiansen created one of the most successful toy companies in the world: LEGO. The word LEGO is a mixture of two Danish words meaning play well. Unfortunately, most kids thought his toys were more of a play-sub-par type of experience until he introduced his colorful interlocking plastic bricks in 1949. As an aside, he actually stole the idea from Kiddicraft Self-locking Bricks—which was a copy of Minibrix—which he eventually brought the rights to so he could sue Tyco for copying LEGO.

Although schools have been using LEGO products since the mid 1950s, LEGO didn’t start heavily investing in America’s education until 1980, when they founded their educational products department, developed several new product lines, and created a dynamic website centered exclusively around education. Kindergartners develop fine motor skills and mathematics, elementary schoolers learn problem solving and step-by-step instructions, students in high school and community college use them to learn robotics—though most of the people that use them in community college just make ashtrays out of them because following instructions is too hard. 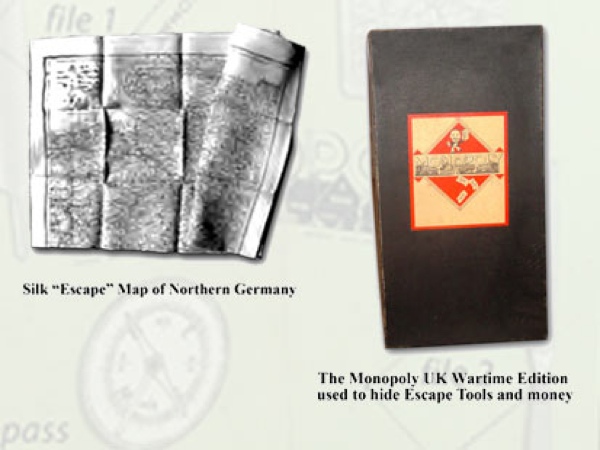 In 1903, Elizabeth J. Magie Phillips created a game through which she hoped to be able to explain the single tax theory of Henry George and point out the flaws of capitalism. It was originally released as The Landlords Game in 1923 and steadily gained popularity throughout Europe and the US until it was released as Monopoly by Parker Brothers in 1934. WWII came soon after and with it the capture of tens of thousands of allied soldiers.

The British Secret Service used Monopoly games hidden in Red-Cross aid packages to conceal customized silk maps, compasses, real money and directions for the escape of US and British soldiers held in concentration camps. The Germans saw it as an ideal way for prisoners to kill hours of time and be educated on the flaws of their own government. Experts estimate that 10,000 soldiers escaped enemy capture due to the Monopoly games. 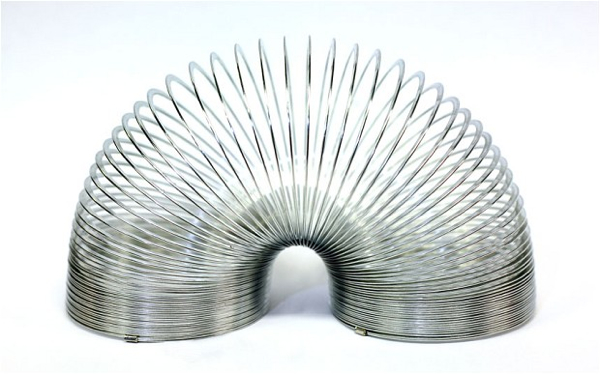 In 1943, Richard James was a naval engineer trying to develop a meter designed to monitor horsepower on naval battleships. In the process he accidentally knocked one of his prototypes off a shelf and watched as it walked from the shelf to a stack of books, onto his desk and then to the floor. He was captivated and spent the next two years of his life testing different kinds of steel that would best facilitate the motion.

In its first two years, his company sold 100 million Slinkys. In the Vietnam War, when radio antennas were disrupted by tree cover or damaged in combat, U.S. communications officers would stretch them out and drape them over branches to create a makeshift antenna and extend the range of their radios. They were as versatile as they were compact, and troops often remarked how easy they were to pull down quickly and run from enemy fire. History can honestly say that the Slinky got just as much credit, or more, for its service than the troops did. 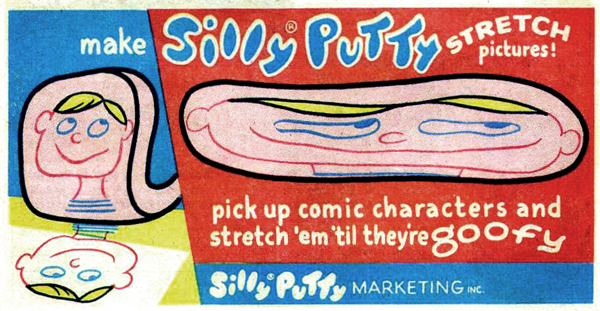 In the early days of WWII, the Japanese seized control of the world’s major supplies of rubber, cutting off more than nine percent of the rubber supply to the US. Back in the US, things weren’t working out very well for James Wright in his quest to develop a synthesized alternative to rubber. But in 1943 he discovered the material that would eventually explode in popularity and become Silly Putty.

In 1968, it was taken into lunar orbit by the Apollo 8 astronauts as a material that helped their instruments and tools stay down in a zero gravity environment, as well as removing some of the boredom of sitting idly for hours in space. 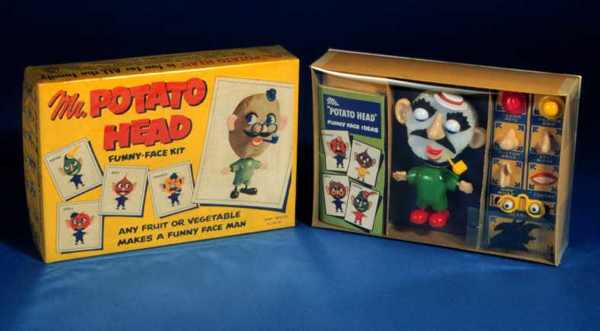 The original Mr. Potato Head didn’t come with a body, just different body parts attached to pins that were supposed to be stuck into a real potato. Apparently the best way to appeal to parents is to include sharp needles that can impale their children, and the best way to appeal to children is to make a toy out of what they despise most—vegetables. Nonetheless, in 1951 George Lerner managed to get a cereal company interested in it and eventually Hasbro.

Since then, Mr. Potato Head has had an illustrious career as a public figure—he was also the first toy advertised on television. In 1985, there were four write in votes for Mr. Potato Head in an election for mayor in Boise, Idaho. In 1987, he acted as spokesman for the American Cancer Society’s annual Great American Smokeout campaign. In 1992, he received a special award from the President’s Council for Physical Fitness and in 1996, Mr. and Mrs. Potato Head joined the League of Women Voters and their Get Out to Vote campaign. He currently presides as the official travel ambassador of the state of Rhode Island. 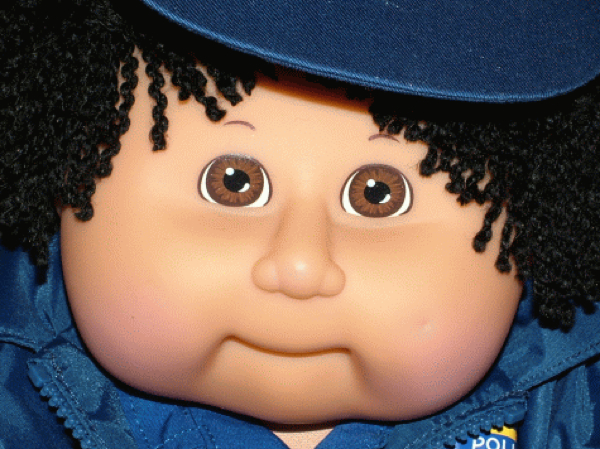 All of the amazing things the Cabbage Patch Kids have done to help America more than make up for the few crazed parents trampled over the years on Black Friday trying to get their hands on one. An art student named Xavier Roberts created them in 1978 and sold them primarily at local craft shows, but after Newsweek covered them in 1981, they exploded in popularity. That’s when Roger Schlaifer secured worldwide licensing rights to the dolls and created a bizarre Cabbage Patch universe where an evil old woman constantly tries to enslave the dolls in her gold mine. She owns a gold mine and needs slaves?

Despite this, they grew to become one of the most popular doll franchises in American history. In 1992 and 1996 they accompanied the US Olympic team as the first official mascot. In 1999, the US Postal Service declared them one of the fifteen stamps that define life in America in the 1980s. They’ve worked with NASA, raised hundreds of thousands of dollars in aid for disaster relief, and even served as ambassadors at the NATO Open House in Brussels, Belgium. 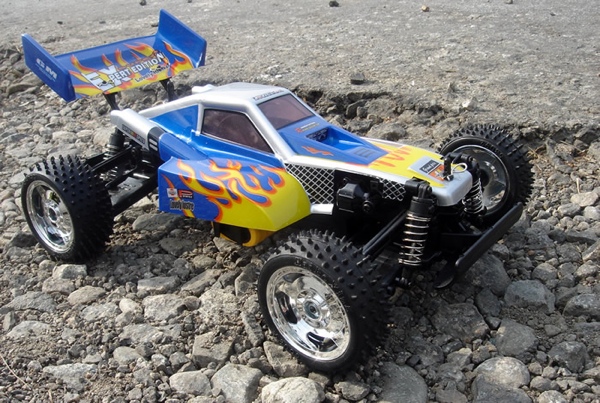 The first commercially viable remote control cars were made by an Italian company called Elettronica Giocattoli in 1966, and by the late 1970s there was a thriving worldwide culture of enthusiasts. In 2011, Ernie Fessenden retrofitted a wireless camera to a high-powered remote control car and sent it to his brother who was stationed in Afghanistan.

Staff Sgt. Christopher Fessenden loaned it to a group of fellow soldiers who used it to survey the road ahead of them for tripwires. The car hit a tripwire and detonated over 500lbs of explosives, saving the lives of the six soldiers. Today, several units have followed their example and saved the lives of countless American soldiers.

Stephen is an aspiring writer trying to build up a strong Twitter userbase to help promote his blog.